Introduction
The Characters
Where to Buy
Merchandise
The Film
Contact Me 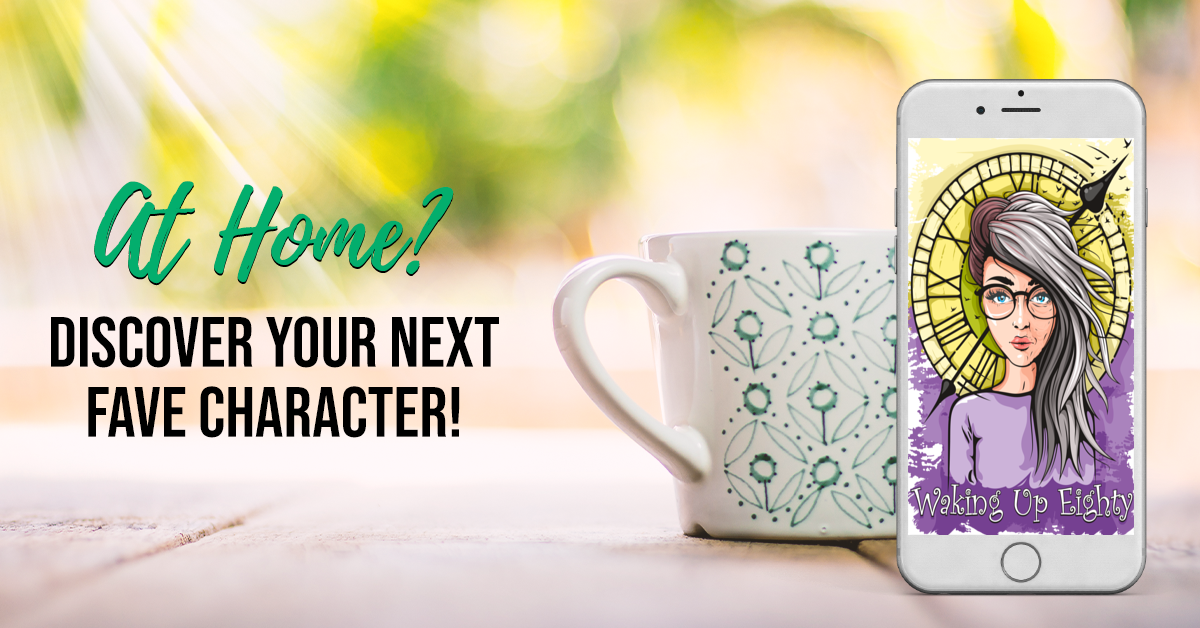 Waking Up Eighty starts through the eyes of a petulant teenager. Kara Elizabeth Stewart is a 16-year-old girl living with her mom. Sullen and insolent Kara just wants to be left alone with her friends to talk about boys, music and growing up. But her mom’s new husband, Dale won’t let her or her relationship with her mom be, and so she’s doomed to be tragically oppressed all her teen life. That is, unless she can somehow get him off her back…

Emma struggled for years after her husband walked out on her, leaving her to raise their kid alone. She struggled to make ends meet, to care for her daughter, and to find love. But after being through hell and back, things are starting to look up. She has a steady job, a nice place, and a loving new fiancé. Everything is great. Or at least it would be if her daughter would turn a new leaf.

George likes to think of himself as a jack of all trades, master of all. A real charmer. Of course, his only real talent is sports and his most charming personality trait is his hair. But he’s an okay kid, according to his coach. His grades are okay and his shooting form is immaculate. Now, if only he had a girl...

An enterprising man of many experiences, Dale moved to Truman county expecting great work opportunities. What he didn’t expect was to find love. Now he’s happily married, moving up in the world of construction, and he even has a kid. Not that the little trouble maker considers him a father figure.

Jacqui does her job and she does it well. A veritable one-woman army in her time at Emergency services, she’s taken a much slower paced assignment at a retirement home away from the hustle and bustle. She’s sure that this will be her easiest assignment ever. After all, nothing interesting happens to people here, right?

Not a lot of people know what it’s like to have your family leave you twice in a single day. Abandoned as a kid, Vera had the good fortune to be taken in as a child by a wealthy couple with love and good intentions to spare. Not so fortunately, they passed after an unfortunate accident shortly before her 16th birthday. Her mother’s deathbed confession revealed the nature of her circumstances. Now in the care of her adoptive older brother, she’s on a search for any trace of the birth parents that let her go.

Sarah is seemingly perfect. She’s pretty, smart and she always knows where the party’s at. At heart, she’s a fun lover and a thrill seeker who wants trouble. And there’s nowhere where that’s more obvious than her choice of best friends. Kara is wild, disobedient and far more confident than anyone Sarah knows. Sarah looks up to Kara and wishes more than anything that she could be more like her soulmate. Maybe then she’d have a shot at Pete Miller…