Introduction
The Characters
Where to Buy
Merchandise
The Film
Contact Me

Kara Stewart is fed up with just about everything. Between the boring schoolwork, a crush on a clueless boy, and her mom’s annoying new husband, she’s pretty tired of her life as is. She wishes she was older so she could be free from the shackles of authority. After all, when she’s an adult, no one can boss her around, right? Growing up and leaving her family behind is her only desire.

That is until an accident during a failed runaway attempt leaves her in the body of her 80-year-old self in a world far beyond recognition. Now she must navigate a whole new set of emotions, problems, and situations as she struggles to live life as an older version of herself. Will she ever return to her own time, or is she doomed to die having let her whole life pass her by? Will she learn the lessons she needs? All this and more are answered within the thrilling pages of Waking Up 80.

Written by Shola Lawrence, a mother of three, and an avid scholar of the human condition, Waking Up Eighty hopes to capture and explore the fleeting nature of youth and life, and the need for patience no matter your circumstances.  Through Kara, we see the struggles with patience and the triumphs over irrational emotion that are an indispensable part of the human experience. 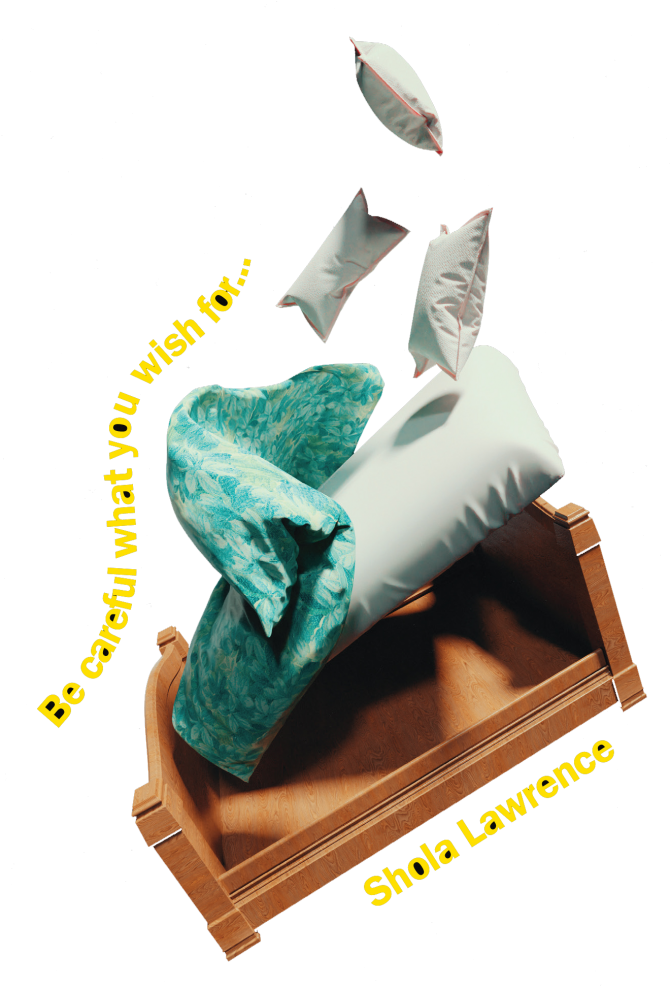 She first put pen to paper (figuratively) in 2013, but her interest in storytelling was born in earnest almost 4 years prior. In 2009, she gave up her day job to start her own business, supplying 3D viewing equipment for commercial and private use.

From cinema houses to kid’s comic book pages, almost any experience could be enhanced with 3D. But she grew restless with just enhancing other's creative endeavors. She wanted to throw her own original ideas and opinions into the ring. And so, in 2013, she began to do just that.

It was nothing major, just 20 odd pages of a short story with cute illustrations. Now, eight years later, amid a worldwide pandemic, her little labour of love has grown from a few pages with doodles to a full-fledged novel, with a screenplay adaptation ready and a script for the silver screen in the works!

Shola is currently working as executive producer with a team of great individuals on an indie film set in Reno, Nevada.